The one thing I crave the most from home is BBQ.  In Canada, we had a barbeque if it wasn’t torrential rain or a blizzard.  For real, in the winter we just dig a path through the snow and put on a pair of boots to flip the meat.

London has a few options, but on the most part, they are imitations of what English people think BBQ is.  But it’s not all bad.  I’ve been to the big easy several times.  The Big Easy has great waffles and good deals on lobster.  You’ll also never walk out hungry. 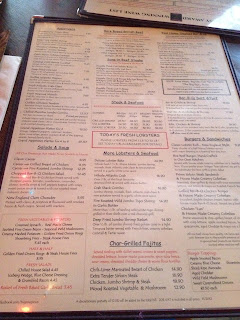 On my last visit, it was a lazy hangover Sunday and I wanted boneless chicken wings, which are essentially chicken tenders tossed in hot sauce.  It’s not as weird as it sounds a fairly widely available in the US.  So, knowing I was being a massive pain in the ass and they weren't on the (huge) menu, I ordered them anyway.  Bless him, the waiter tried to understand what I wanted and did try hard.  To be honest what he brought was close enough anyway, which was tenders, a massive bowl of hot sauce and the blue cheese dressing.  It was delicious (and only £6.95)! 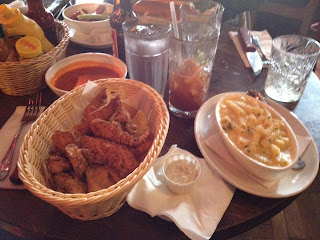 But I also ordered the mac and cheese (£3.45).  It wasn’t delicious because the thing is; it was more like mac and cheese soup.    The cheese was a bit too salty and there probably needed to be 50% less cheese and, if I’m really picky, I prefer my mac and cheese baked.

My boyfriend ordered the lobster roll (£9.95).  Whatever you do, don’t do that.  What came was a non toasted brioche roll filled with everything except lobster and the piece of lobster was laid on top to prove there was some in there.  Far, far too much mayo was involved in the whole thing. 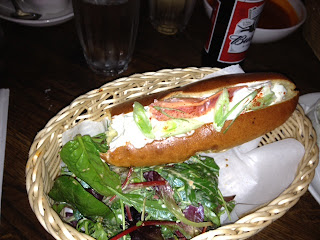 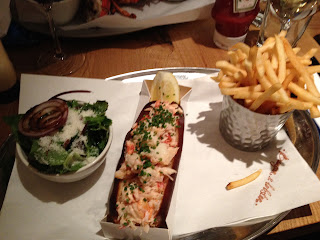 What a lobster roll is supposed to look like from Burger and Lobster (to be fair this one is twice as much as the one above).

Even though service can be very slow, they have fairly decent margaritas, prices are reasonable (for Kings Road) and the atmosphere is good, so The Big Easy is a fun time.  But whatever you do, don’t judge American BBQ and crab shacks by their standards, it’s nothing like the real thing. 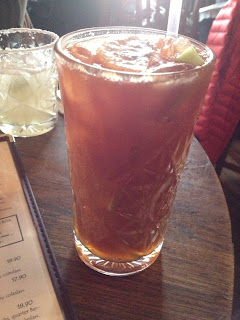