Lucio is a Chelsea favourite among locals and celebrities.  We’ve been there a few times, but this time I took pictures! The specials are always delicious and the staff extremely friendly.

One of the highlights for me are the photos that decorate the walls.  Lucio is friends with Terry O’Neill and has his iconic photos all over the restaurant.  Makes me feel glamorous and think of myself in that era, indulging on pasta in a bid to gain weight for bigger boobs. Ahh, those were the days. 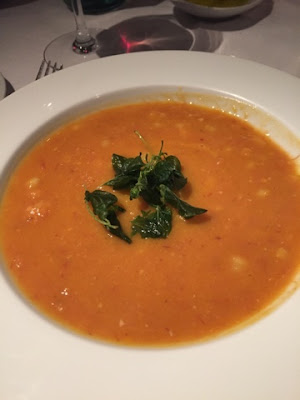 This time around I had the pumpkin soup with ham. It was really delicious, with a hint of bacon flavor. Refreshingly for my waistline, it also didn’t have any cream.

For my main, I had the fillet steak, which was cooked to perfection. The red onions had some tang to them, which went great with the potatoes. 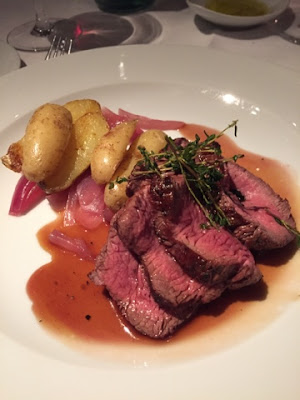 Now that we got the food bit over with, time to get to the real reason I wanted to go there and write a blog.  They probably have the best chocolate fondant in London.  I know that’s a huge statement to make, but I’ve had a lot.  Like, if it’s on the menu at any restaurant, I’ll order it.  And as a testament to how amazing it is at Lucio's, my husband and I have gone here just for dessert.  Like I mentioned before, the staff ate awesome.  The owner and his son chat to us all the time and they made a special exception one night when I NEEDED to have some chocolate. 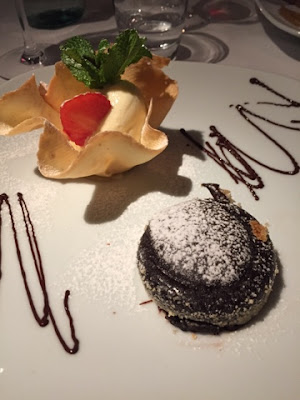 It’s not a cheap evening out though, so if you are looking for just straight up cheap and cheerful Italian, Riccardo’s is across the street and slightly less.

What to wear: The dress varies from cocktail to jeans.  Lucio has an impressive collection of American rodeo belt buckles.  Make sure you ask him about them!

Who you'll see: Apparently celebrities frequent Lucios often.  I’ve never seen one or didn’t recognize them.  Fun fact: Lucio’s has a second exit, which has been used before when a man took his mistress there for dinner and his wife walked in.