World’s End Market, despite its name and the feeling of many Chelsea residents is not at the end of the world, just the end of Chelsea. When I first moved to London, I actually lived across the street so walking to Worlds End Market was not only a fond trip down memory lane, it also reminded me there is an amazing Oxfam near by. 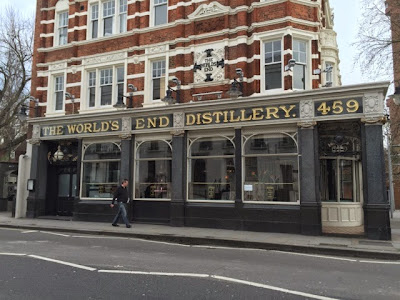 When I arrived at the restaurant Wednesday during lunch, it was fairly empty but that just meant I had my choice of seat. So I nestled into the corner near a window and spied the staff kitted out in grey shirts and burgundy braces.  The whole place felt a kind of hipster/Hoxton, which isn’t necessarily a bad thing when everything else nearby is so Sloaney. 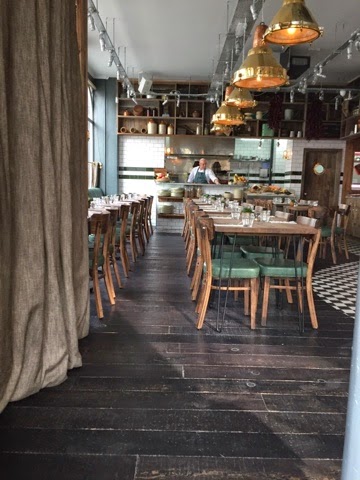 After two seconds into looking at the menu I knew what I wanted. Buffalo mozzarella with artichoke and pesto to start and the truffle burger as a main. I tend to have menu blackout when I see cheese and truffle so I really couldn’t even tell you what else looked good.  But here is a picture of the menu anyway. 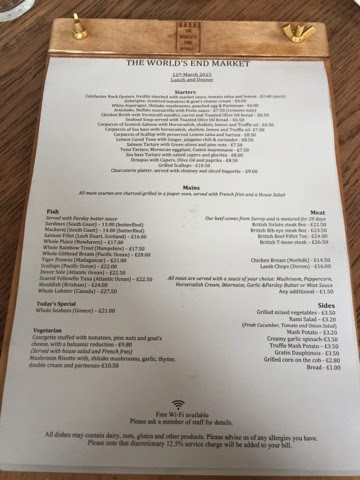 My starter arrived just as I noticed the music was sounding a little too W lounge for my tastes, and almost as soon as I thought of it, the music changed to the song from Romeo and Juliet where Claire Danes and Leo start flirting so all was forgiven.  I probably would have preferred burrata to mozzarella but it was still fantastic without being too filling. 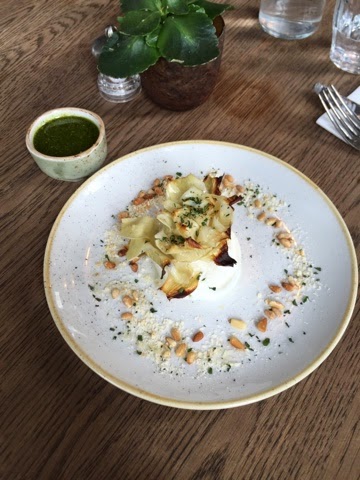 I asked for my burger to be medium well and that was my bad.  It came cooked like a brick.  I probably should have stuck with the suggested medium. The burger had a delicious bun and actually only used truffle oil slightly disappointing if I’m honest. But, 80% of taste is smell, right? I found the caramelized onions to be too much and far too sweet with the brioche that it mostly drowned out any truffle or mushroom taste that was left. However, I was pretty stoked that it came with both fries and salad. 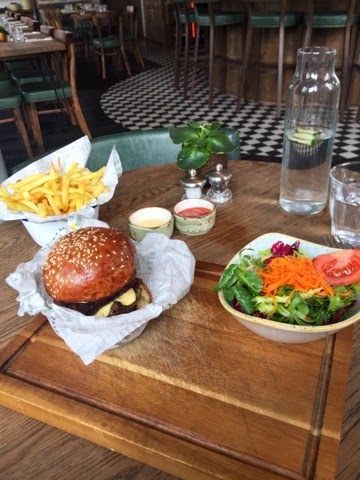 That was, until I had a fry. On a scale of 1 – Fresh McDonalds fries I’m going to have to give these a 4. They looked fresh cut but were lip and fairly soggy. The ketchup was essentially marinara sauce. Heinz and crispy fries are an absolute must if you’re going to serve a burger so World’s End Market, get on it. 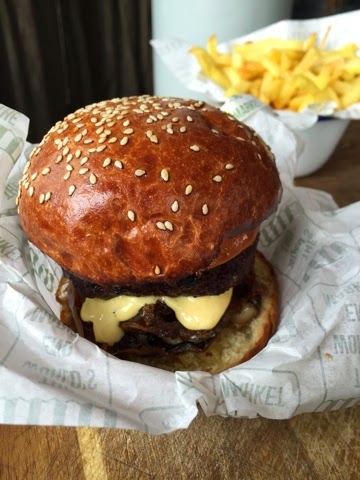 After my meal I had a little walk around to get a better look at the seafood.  Then just about crapped myself when the lobster I was taking a picture of walked towards me. The seafood is fresh, I’ll give them that. 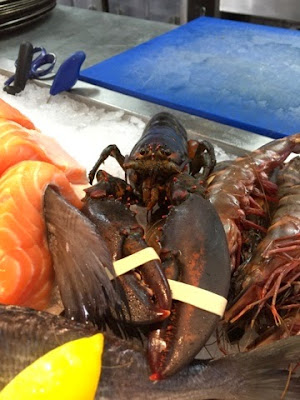 Overall, World’s End Market is a nice addition to a relatively forgotten part of Chelsea. I’m not sure I would go out of my way to dine there again, but if they sort out the fries, I may give them another chance.